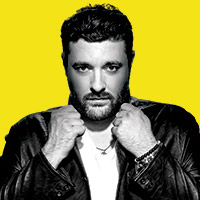 Tickets and VIP packages for the “Chris Young Losing Sleep 2018 World Tour,” promoted by AEG Presents and Concerts West, go on sale beginning Friday, December 8 at 10am (local time). American Express® Card Members can purchase tickets before the general public beginning Wednesday, December 6 at 10am (local time) through Thursday, December 7 at 10pm (local time). A limited number of exclusive VIP Packages will also be available for sale starting December 5. These exclusive offers can include premium tickets, access to a pre-show VIP Hang (includes an exclusive performance and special Q&A session), limited-edition lithographs, autographed memorabilia and much more. Tickets and VIP packages can be purchased at ChrisYoungCountry.com. ABOUT CHRIS YOUNG: Recently inducted as the newest member of the iconic Grand Ole Opry, Chris Young achieved another milestone this year with the release of Losing Sleep, his second consecutive studio album to debut at #1 on Billboard’s Top Country Albums Chart. With seven albums to his credit, including 2015’s Gold-certified, I’m Comin’ Over, which earned multiple ACM, BBMA, CMA, CMT, Grammy and RDMA nominations and scored three consecutive chart-topping singles, Losing Sleep is the RCA Records artist’s third project in less than two years. Named “one of his era’s finest traditionalists” by the Associated Press, Chris has quickly become an international ambassador for country music, performing to packed houses around the world including his recent appearance at the sold-out C2C Festival in the UK. With a hit-packed set that highlights his nine chart-toppers — including “Gettin’ You Home,” “Voices,” “Tomorrow,” “I’m Comin’ Over” and “Think Of You,” — and nineteen Gold/Platinum certifications, he’ll headline the Chris Young Losing Sleep 2018 World Tour with special guests Kane Brown and LANCO beginning in January. ABOUT KANE BROWN: Multi-Platinum selling vocalist Kane Brown burst onto the music scene with the release of his EP, Chapter 1- the highest-debuting country EP of the Nielsen SoundScan era-and his chart-topping, Gold-Certified debut album, Kane Brown. After debuting #1 on the Billboard Country Albums, the iTunes Country and iTunes all genre charts upon its release last December, Brown released his Deluxe album edition follow up (Kane Brown, Deluxe Edition), which debuted #1 on the Billboard Country and Top 5 on the Billboard 200 Charts. Brown is the only artist in history to simultaneously top all five Country Charts (Billboard) and is the best-selling new country artist of the past three years. The ACM New Male Vocalist nominee recently released his new single, “Heaven,” which is the follow up single to his record-breaking #1, platinum-selling single, “What Ifs.” “Heaven” instantly hit #1 on the iTunes Country and all-genre charts, continuing Brown’s record of having every single, EP, and album reach #1 on iTunes. Brown has opened for Florida Georgia Line and Jason Aldean, and can be seen next opening as direct support for Chris Young as well as several headlining dates. ABOUT MORGAN EVANS: Morgan Evans’ first U.S. single “Kiss Somebody,” co-written by Evans with Chris DeStefano (“That’s My Kind of Night”) and Josh Osborne (“Leave the Night On”), was the Top 3 most added single upon impact at country radio and debuted on Spotify’s Viral Chart at #15 in the US and #26 globally. Born and raised in Australia, the singer/songwriter is now chasing his dream halfway across the world, already receiving critical praise from outlets like Rolling Stone, Billboard and Music Row. Citing Keith Urban, Garth Brooks, Led Zeppelin and The Nitty Gritty Dirt Band as his formative influences, Evans has been crafting relentlessly hopeful and wholly infectious music since the age of 13. His raw talent and undeniable on-stage charisma earned him spots early in his career touring with artists such as Alan Jackson and Taylor Swift while still in Australia. Now having signed with Warner Music Nashville/Warner Bros. Records, Evans is bringing his engaging live show all over the world. Built around a loop pedal setup, it allows him to play solo with the presence and energy of a full band. Evans is currently in the studio working on his forthcoming album with songwriter/producer Chris DeStefano (Carrie Underwood, Brett Eldredge, Dan + Shay, Luke Bryan).