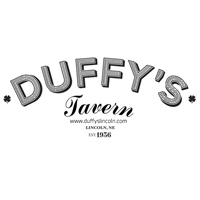 "When you throw one southerner and two north-easterners into a blender and then pour them out in Los Angeles you get Ned and the Dirt's unique brand of Backyard Indie-Rock. Ned's southern roots can be found in his preacher's tongue and garage-party swagger, but it's The Dirt's northern grit that gives their music a grip on your ears. Their live performances drip with honesty (and sweat) so go get up close if you're ready to feel. But don't worry, you won't be alone. You'll be having those feelings with everyone in the crowd, and then you'll leave that night being a more enriched person because you accidentally connected with so many other people. Don't just buy it because I'm telling you this, though. Go see Ned and the Dirt for yourself." - Famous Person You Like Ned and the Dirt has been touring for 3 years and has played with such acts as The Whigs, Franz Nikolai, The Good Old War, of Montreal, The Honorary Title, Kopecky, Black Joe Lewis and many more. Ned and the Dirt will be releasing their new EP, "The Wild Pack: Haunt These Woods" in January 2016.