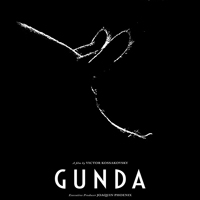 Opening at The Ross on Friday, May 14, GUNDA takes an absorbingly meditative look at farm life from the animals' perspective, tacitly posing questions about our relationship to food along the way. “GUNDA” ultimately falls somewhere between banal and profound. Maybe it's both. Kossakovsky... has grounded the nature film in a new movie terrain that for all its restraint, oozes empathy. –Jake Coyle, Associated Press Pigs are smart... An improbably beautiful work of barnyard art, Gunda figures that we're smart too. –Joe Morgenstern, Wall Street Journal Few films capture the intense, sticky bond between a mother and her offspring so simply and wrenchingly, without remark, or convey the knowledge that we carnivores are devouring souls with every bite of bacon. –Thelma Adams, AARP Movies for Grownups GUNDA is showing at the Mary Riepma Ross Media Arts Center on Friday, May 14 through Thursday, May 27. Show times are available at www.TheRoss.org, by consulting your newspaper, or by calling the MRRMAC film information line at 402.472.5353. The Motion Picture Association of America has rated GUNDA G. This program is being presented with the support of the Nebraska Arts Council and the Nebraska Cultural Endowment. Where his prior film, the acclaimed epic AQUARELA, was a reminder of the fragility of human tenure on earth, in GUNDA, master filmmaker Viktor Kossakovsky reminds us that we share our planet with billions of other animals. Through encounters with a mother sow (the eponymous Gunda), two ingenious cows, and a scene-stealing, one-legged chicken, Kossakovsky movingly recalibrates our moral universe, reminding us of the inherent value of life and the mystery of all animal consciousness, including our own. Experiential cinema in its purest form, GUNDA chronicles the unfiltered lives of a mother pig, a flock of chickens, and a herd of cows with masterful intimacy. Using stark, transcendent black and white cinematography and the farm's ambient soundtrack, master director Victor Kossakovsky invites the audience to slow down and experience life as his subjects do, taking in their world with a magical patience and an other worldly perspective. GUNDA asks us to meditate on the mystery of animal consciousness and reckon with the role humanity plays in it.