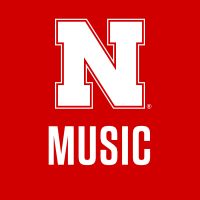 The concert will start with a monumental and seminal choral work from the 20th-Century, Benjamin Britten’s amazing REJOICE IN THE LAMB. In today’s world, the author of the text would be known as ‘genius,’ ‘eccentric,’ or ‘gifted.’ In earlier times, the author, who also wrote for famous dictionaries and encyclopedias, was sent to a British asylum because he was different from everyone else. Time has shown the resilience of this great work and the composer of the music has risen to the ranks of the residing amonst the best of the 20th-Century. The work also will feature UNL voice soloists and a University of Nebraska–Lincoln alum at the organ, John Ross. Both the Women’s Chorale and the Varsity Men’s Chorus will feature music from foreign countries: Russia, Italy, Germany, Nigeria, and Bulgaria. In addition the choirs will feature purely American works and folksongs. Additional Public Info: Tickets: General Admission $5; Students/Seniors $3. This performance will also be live webcast.